Women authors have long made waves in literature and have, undoubtedly, paved the way for us bookworms. Did you know that certain authors used a male-presenting nom de plume (pseudonym), when discussing “unladylike” subjects, and beyond? Most famously, the Brontë sisters published under the names Currer, Ellis and Acton Bell, each only maintaining the first letter of their original name – Charlotte, Emily and Anne.

Join us in celebrating women on this day by reading a book by a female author – from classics of the 19th century to modern day sci-fi, the options are endless. Here are a few to get you inspired:

3. An Unkindness of Ghosts by Rivers Solomon: Set in space this mystery unfolds when Aster discovers a connection between her mother’s suicide and the dark secrets of the vessel in which they have been traveling to reach a promised land.

4. Circe by Madeline Miller: If you are into mythology, then this re-telling of Circe’s story through her eyes is a must, as it sheds light into the psyche of Circe, the predatory witch who was once tricked by Odysseus, but is anything but.

Let us know which book you will be reading today, to celebrate women’s day! 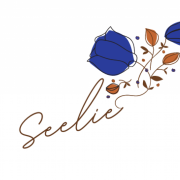 Eternal Wanderer ✦ Amateur Book Reviewer ✦ Gamer My name is Seelie and I love reading. What else to add?